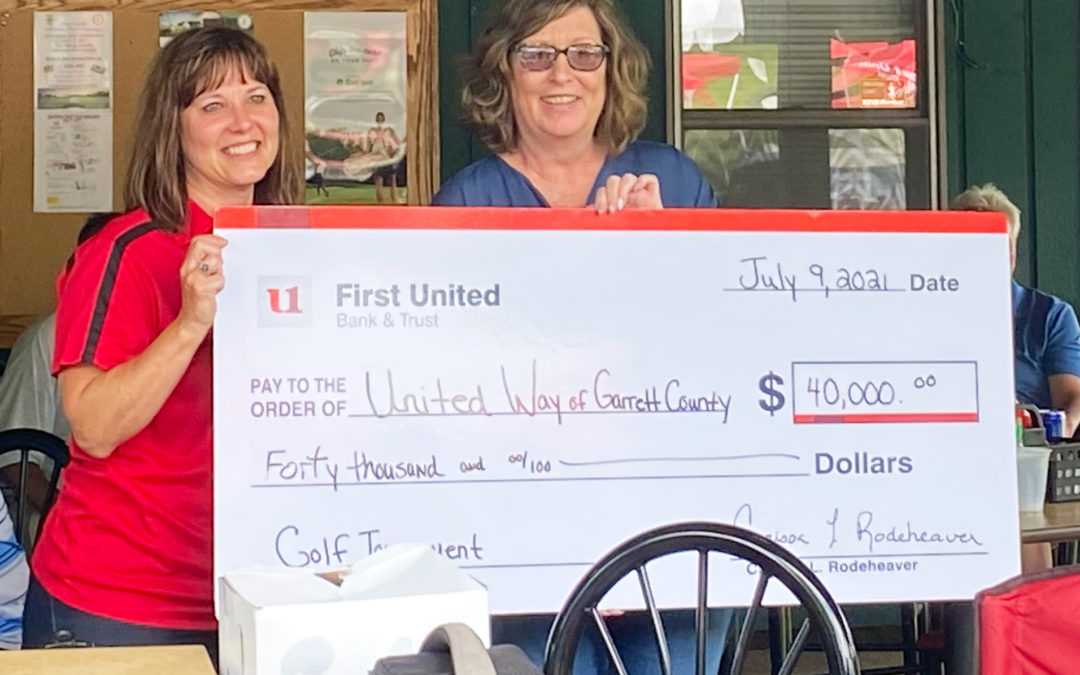 First United Bank & Trust sponsored the 33rd Annual Charity Golf Tournament at the Oakland Golf Club on Friday, July 9, 2021.  This was the 23rd year that First United has organized this event.  The tournament has become a tradition over the past 32 years and has raised over $551,500 for Garrett County charities.  Participants were able to enjoy a challenging round of golf, and at the same time, help raise much needed funds for worthy community projects.

According to Carissa Rodeheaver, President and Chief Executive Officer, “We are thrilled to organize the golf tournament to benefit the United Way of Garrett County.  It is because of the generosity of our sponsors and local businesses that we were successful in raising the funds that will benefit our community through United Way’s mission.”

This year, the recipient of the tournament proceeds was the United Way of Garrett County, to which First United donated $40,000.

Michele Walker, Executive Director of County United Way stated, “Our United Way family is overwhelmed by the generosity and commitment of First United, their associates and this year’s golf tournament entrants. While this year was incredible, we are well aware of the long-standing importance of this fund raiser as a key connection between United Way of Garrett County and the non-profits who work so hard in their communities. If First United’s commitment to us is any indication, the future of Garrett County is a bright one.” 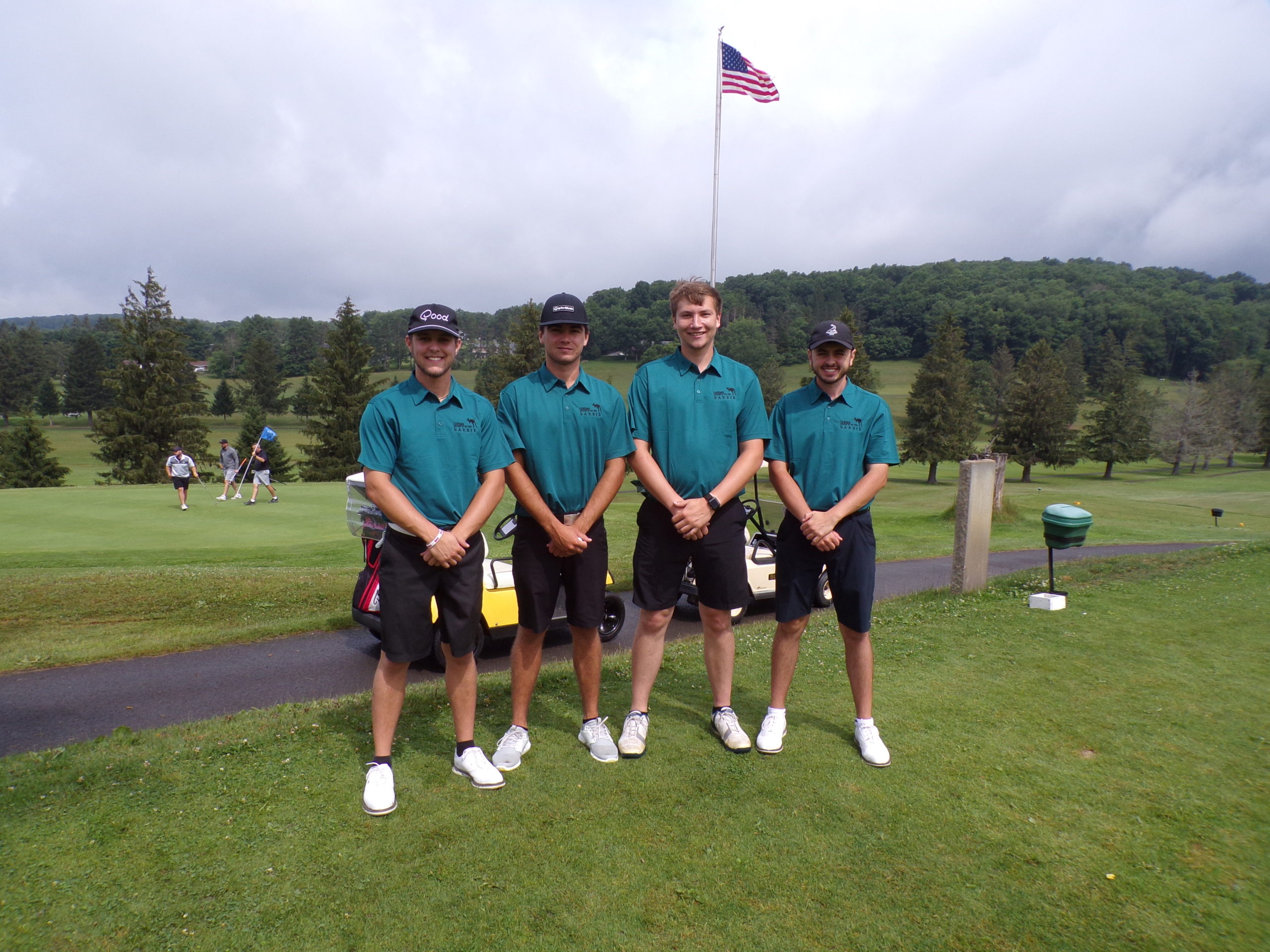 Team Shrimp on the Barbie 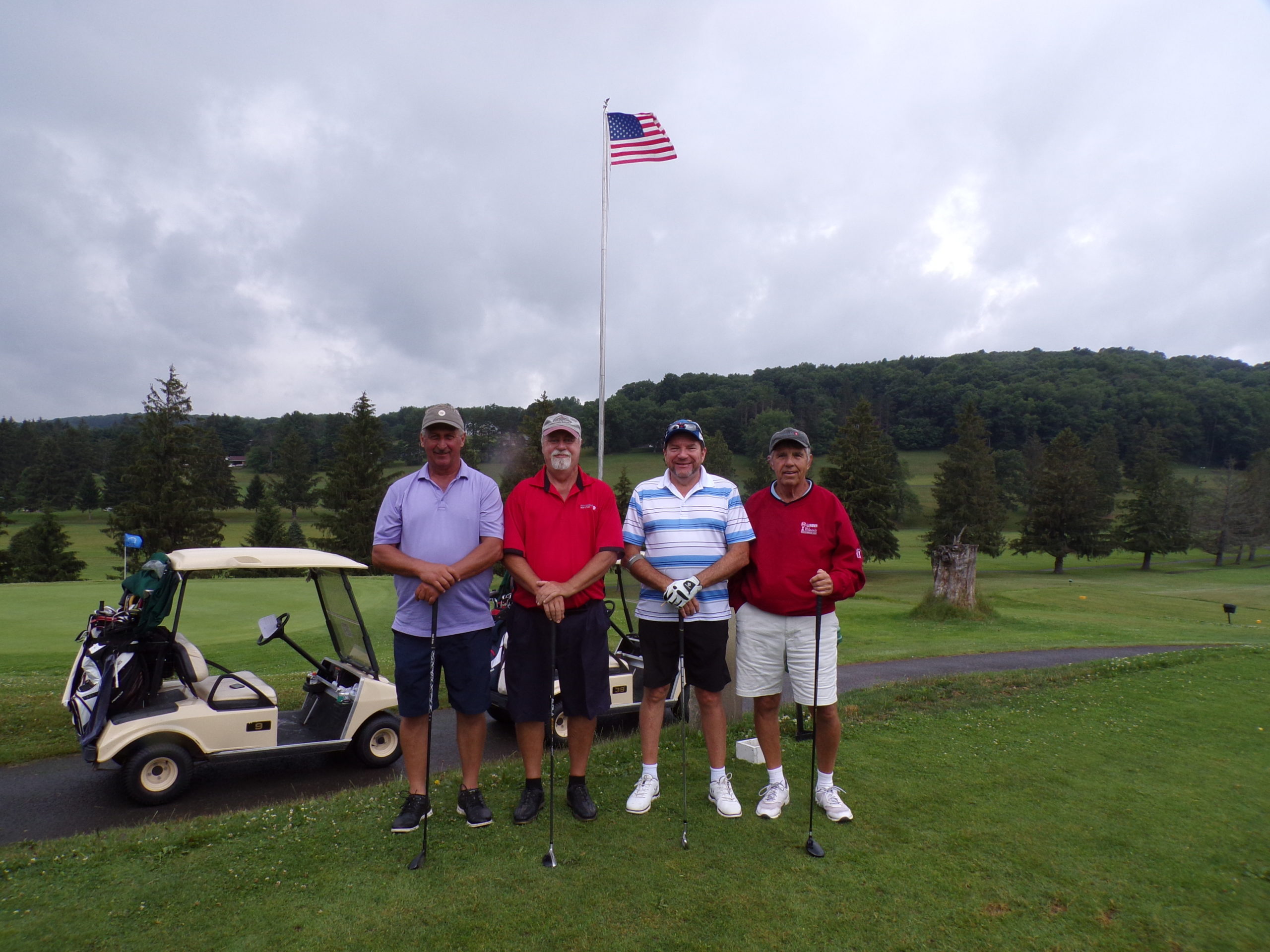